By Radio InkJune 24, 2021Updates
No Comments

Radio Ink and Radio + Television Business Report are pleased to announce that Forecast 2022 will be back in New York City this year at the Harvard Club on November 16, 2021.

This will be the 19th year of the industry financial summit and will include all broadcast, radio and television, in an expanded focus. 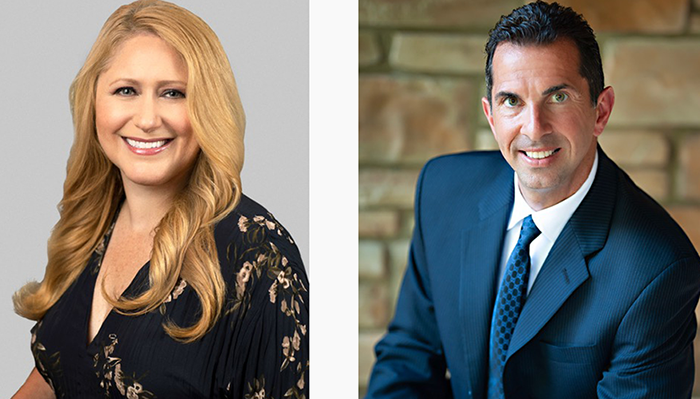 Forecast will be co-chaired this year by Debra OConnell, president of Networks for Disney Media & Entertainment Distribution, and Bill Wilson, CEO of Townsquare Media.

Deborah Parenti, Radio Ink EVP/Publisher, explained. “We are especially excited about this year, not only for the chance to re-convene in person, but to have two such outstanding media executives chair this year’s Forecast. The fresh focus, energy, and direction they will bring to the agenda will add greatly to the event.”

Debra OConnell offered this. “After the last year, it’s more important than ever to come together across our industries and share key learnings and best practices. I’m thrilled to be co-chairing with Bill and working with the Forecast 2022 team on an event that enables us to share all the valuable learnings of the last year, and more importantly, help us identify and drive long-term growth strategies for the radio and television businesses moving forward.”

Bill Wilson said, “Forecast 2022 will be an important opportunity for broadcasters to fully examine and understand the consumer and advertiser trends in local media post the pandemic, including which trends were permanent and were accelerated as a result of the pandemic. Many challenges, yet many more opportunities. I am very pleased to be co-chairing this year’s event with Debra OConnell.”

At the company for over 20 years, OConnell most recently served as president and general manager of ABC7/WABC-TV New York, where she had overall management responsibility for the station and all of its ancillary businesses; as well as Live with Kelly and Ryan. In 2020, she was recognized by Radio + Television Business Report as a Top Local TV Leader.

Bill Wilson, CEO, Townsquare Media
Bill Wilson is CEO of Townsquare Media, which he joined in September 2010. He previously served as president of AOL Media from 2006 to May 2010, where he had overall responsibility for AOL’s global content strategy.

Before moving to AOL, Wilson was the senior vice president for Worldwide Marketing at Bertelsmann Music Group (BMG), where he was responsible for worldwide marketing including artist, digital, and non-traditional marketing across more than 50 countries for the world’s biggest artists including Dave Matthews Band, Outkast, Foo Fighters, Whitney Houston, Annie Lennox, and Santana.

Wilson won an Emmy Award in 2006 for the record-setting and innovative Live 8 program and was named to the Hollywood Reporter’s Digital Power List in 2008, profiling the 50 people most influencing the creation and distribution of content online. He has been recognized in other publications over the years and has appeared on the Radio Ink “40 Most Powerful People in Radio” list for the past four years.

About Forecast
Forecast brings together the best and brightest talent in broadcasting and advertising to forecast the coming year, and to discuss the trends and momentums that will affect ratings and revenue. From Washington to Wall Street, Forecast focuses on what’s ahead in the broadcast community’s future and how to prepare for its opportunities and challenges. Join today’s industry leaders and be part of the discussions and debates about what’s ahead for radio in 2022 and beyond.

Register today for Forecast 2022 before it sells out.